Chronic obstructive pulmonary disease, better known as COPD, is one of the leading causes of disabilities and death in the country. Over 15 million Americans have been diagnosed with COPD, but the medical world suspects that millions of Americans – approximately 12 million – are suffering from undiagnosed COPD. Knowing how you can recognize this pulmonary disease and what you should do next is mega important. 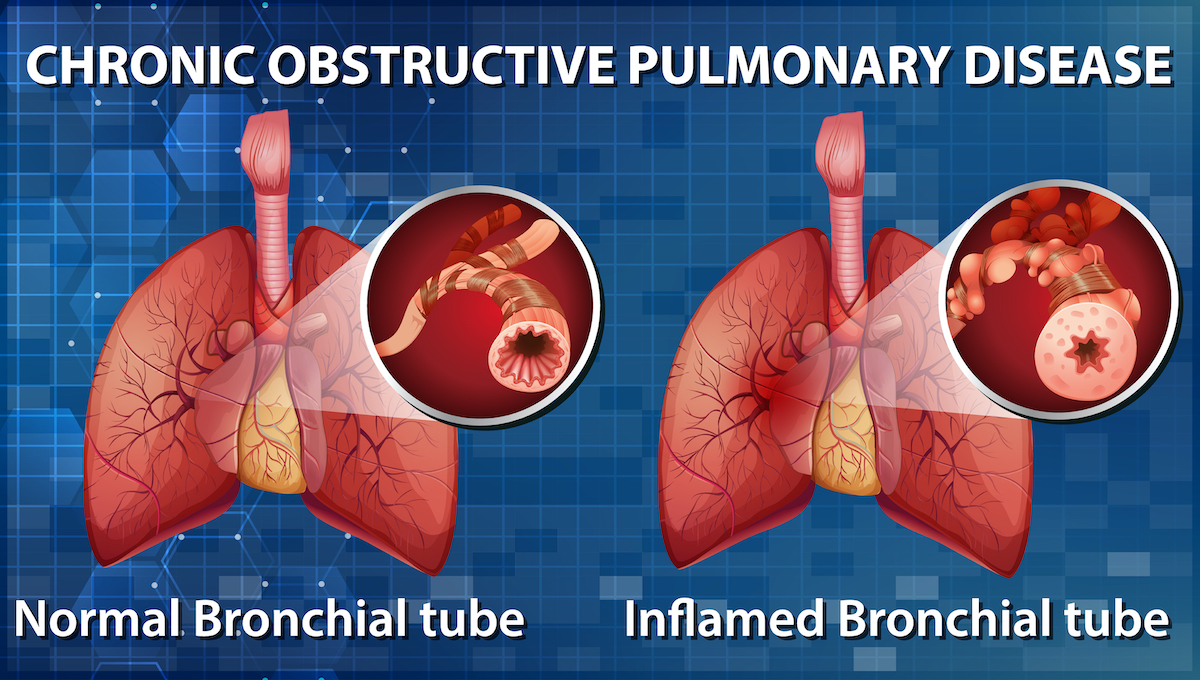 What is COPD?
COPD is basically an umbrella term for diseases that block the airflow and cause breathing problems, like chronic bronchitis and emphysema. If someone gets the diagnosis ‘COPD’, it means that this person had one of these inflammatory lung diseases or has symptoms of both. Chronic bronchitis means your bronchial tubes are irritated, which swell in response and produce mucus. This build-up causes oxygen to flow poorly in and out of the lungs. Emphysema affects the alveoli – tiny air sacs at the end of the bronchial tubes at the bottom of the lungs. Alveoli play a big part in getting clean oxygen into the blood en dioxide out of it. When someone has emphysema the walls of the alveoli are broken down, which makes it hard to get a (big) breath of air.

Causes & Risk Factors of COPD
90% of COPD cases are caused by smoking (tobacco), but being exposed to fumes from burning fuel from cooking and heating in badly ventilated environments is also a common cause – mostly in developing countries. There are a few factors that increase someone’s chances of getting COPD, these include:

Being a smoker does not mean that every smoker will (later) be diagnosed with COPD, but it does increase the chances. Continue reading on the next page, and find out, among others, how you can recognize chronic obstructive pulmonary disease.