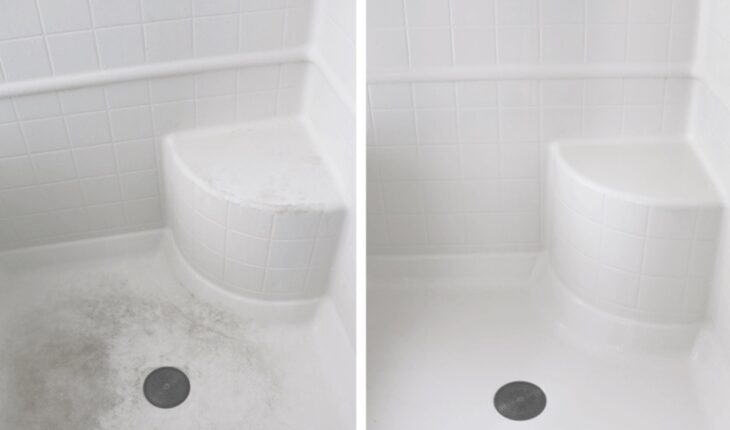 If there is one task that I put off the most, it was without a doubt cleaning the bath and the shower. It seemed like it took forever! And the result never felt or looked as clean as I wanted, even after repeated scrubbing. After a while I began to suspect that it was due to our hard water in combination with the soap residues that together formed an incomprehensible layer of supersoap that simply couldn’t be cleaned. (Not at all true, but it did make me feel better!) 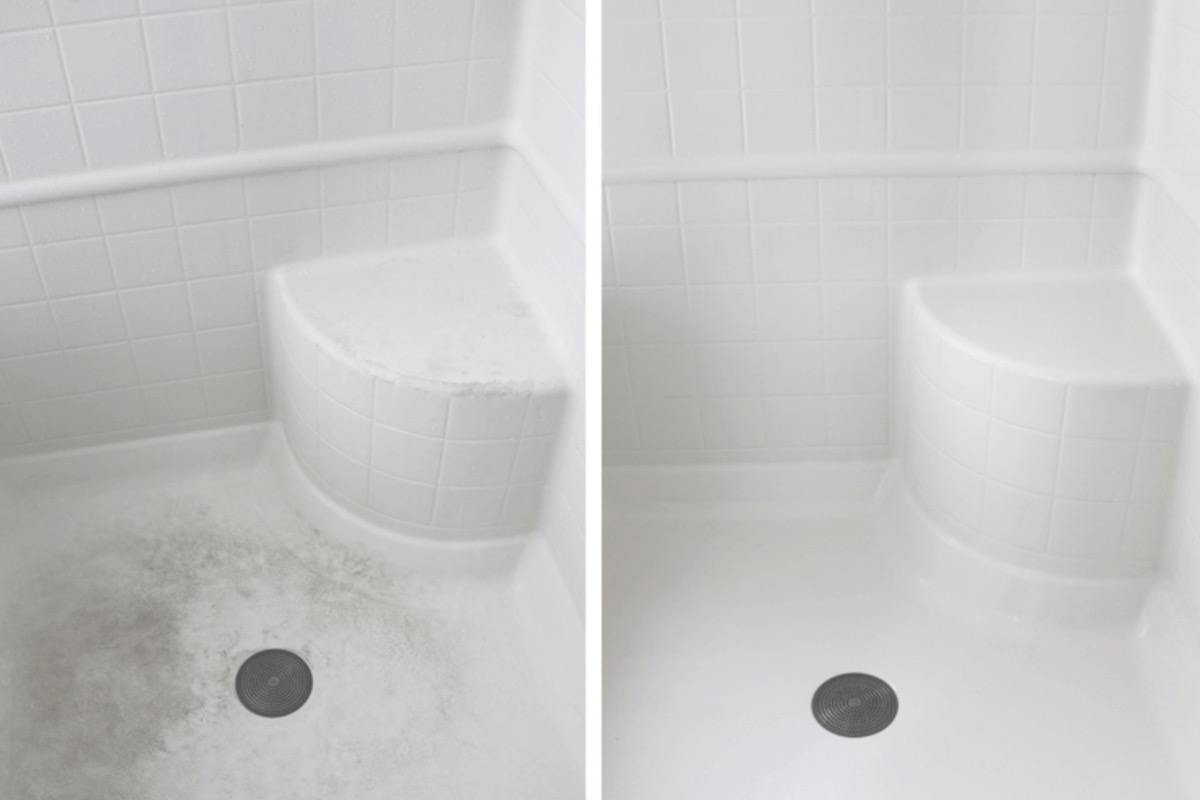 Until I read about a simple, homemade shower cleaner that promised to remove stubborn stains and soap and limescale residues. And that was not the opinion of just one person; I came across dozens of positive reviews about this cleaner on the internet! Although I was still a bit skeptical, I wanted to give it a chance (especially since I already had the ingredients in the house anyway).

I made a load of homemade shower cleaner and sprayed it on my childrens’ bath. It could seriously use some help at the time. I let the spray work its magic by allowing it to work in for an hour. Then I wiped it away with a sponge and rinsed it all off. And I was seriously in shock! This cleaner had accomplished what any other bathroom product had failed to do – it was cut through the stubborn, dirty, super-soapy layer and revealed the clean, shiny surface that was hidden underneath. I didn’t even know it could look so clean! I’ve been using this magic soap residue remover for the past 4 years, and I never want to use anything else. Read more on the following pages to find out more about my discovery!